UFO Reality as a Question of Science - with Stanton Friedman, Nuclear Physicist:


In the following sequence of introductory videos nuclear physicist Stanton Friedman addresses the key questions surrounding the subject from a rational science-based perspective. His overview provides a valuable lesson in how we think about and conduct scientific research.

Stan Friedman on Sagan and science (8:24)

#1 That there is a genuine signal in the 'noise' of UFO reports;

Officially Sanctioned scientific studies or technical reviews HAVE found a definite 'signal to noise' in the UFO reports they examined: 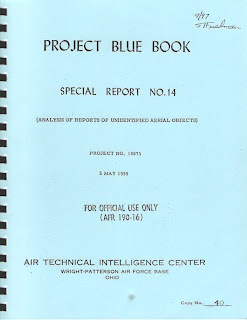 This 1955 scientific study done by the Battelle Memorial Institute on behalf of the US Air Force found 22% of the sightings could not be explained. This conclusion was drawn only from what was regarded as the higher quality sighting reports. Reports that did not have sufficient evidence to draw definite conclusions were rejected. Overall the study found that the UFO reports consisting of better quality data were more likely to remain unidentified - which makes sense if new phenomena are being observed rather than UFO sightings being representative of fuzzy misidentifications of known phenomena. (Source) 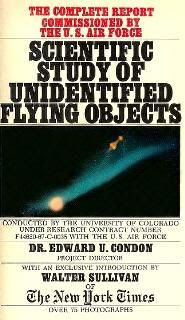 This 1969 University of Colorado study, effectively closed down the US Air Force official interest in UFOs, with its negative conclusion that;


".. nothing has come from the study of UFOs in the past 21 years that has added to scientific knowledge. Careful consideration of the record as it is available to us leads us to conclude that further extensive study of UFOs probably cannot be justified in the expectation that science will be advanced thereby." (Source)

However, this conclusion is erroneous and does not reflect what was uncovered in the course of the investigations. If one actually reads the contents of the report it becomes apparent that the scientists involved did find a number of significant cases that represented real phenomena. The summation of Case 46, from the photographic section, illustrates the point:


"This is one of the few UFO reports in which all factors investigated, geometric, psychological, and physical appear to be consistent with the assertion that an extraordinary flying object, silvery, metallic, disc-shaped, tens of meters in diameter, and evidently artificial, flew within the sight of two witnesses. It cannot be said that the evidence positively rules out fabrication, although there are some factors such as the accuracy of certain photometric measures of the original negatives which argue against a fabrication." (Source)

Furthermore, analyses of the Radar-Visual cases shows numerous areas for further investigation. This is well illustrated by the Case 2 summary:


"Visual mirage at Bentwaters seems to be out of the question because of the combined ground and airborne observations; the C47 pilot apparently saw the UFO below him. The visual objects do not seem to have been meteors; statements by the observers that meteors were numerous imply that they were able to differentiate the UFO from the meteors.

In summary, this is the most puzzling and unusual case in the radar-visual files. The apparently rational, intelligent behavior of the UFO suggests a mechanical device of unknown origin as the most probable explanation of this sighting. However, in view of the inevitable fallibility of witnesses, more conventional explanations of this report cannot be entirely ruled out." (Source)

The Colorado Study, rather than providing a proof that UFO reports should be discounted, shows exactly the opposite. This is something that can only be assertained from reading the Case Studies, and drawing conclusions directly from them, as opposed to accepting, at face value, the demonstrably faulty summary portion of the Report.

This French National Centre for Space Sciences five volume investigation focused in detail on eleven of their best cases (three volumes) after having filtered out a number of less promising sighting reports. Only one of these eleven cases was assessed as having a conventional explanation. The other ten cases showed that the witnesses to these cases "witnessed a material phenomenon that could not be explained as a natural phenomena or human device." (Source) 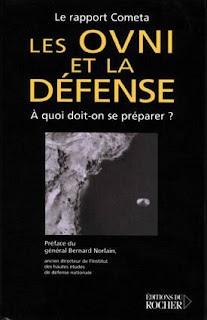 COMETA was a high-level French UFO study organisation from the late 1990s, composed of high-ranking officers and officials, some having held command posts in the armed forces and aerospace industry. The name "COMETA" in English stands for "Committee for in-depth studies." The study was carried out over several years by an independent group of mostly former "auditors" at the Institute of Advanced Studies for National Defence, or IHEDN, a high-level French military think-tank, and by various other experts.

The group was responsible for the 'COMETA Report' (1999) on UFOs and their possible implications for defence in France. The report concluded that about 5% of the UFO cases they studied were utterly inexplicable and the best hypothesis to explain them was the extraterrestrial hypothesis (ETH). The authors also accused the United States government of engaging in a massive cover-up of the evidence.

The 'COMETA Report' was not solicited by the French government, although before its public release, it was first sent to French President Jacques Chirac and to Prime Minister Lionel Jospin. Immediately afterward, a French weekly news and leisure magazine called VSD referred to it as an "official report", though technically this wasn't the case since COMETA was the work of a private, non-profit, ufological study group. Skeptic Claude Maugé wrote about this: "By letter dated 23 February General Bastien, of the Special Staff of the President of the Republic, wrote: 'To answer your question, this report compiled by members of an association organised under the law of 1901 (ruling most non-commercial private associations in France) did not respond to any official request and does not have any special status'."

The report drew largely on the research of GEPAN / SEPRA, a section of the French space agency CNES, unique in being the only official French government-sponsored organisation to investigate UFOs. The birth of GEPAN / SEPRA in the mid-1970s was in large part due to the intense wave of high strangeness UFO sightings in France in 1954. (Explanatory text copied from the You Tube video featured below)

[Please note: this post, and the entire webpage, is currently under construction!]

History of the Phenomena

The following video documentaries have been selected because they are the most concise in terms of explaining the history of the UFO situation. Please excuse the production standards on the first film which otherwise includes great, highly recommended, content:

UFOs, Lies and the Cold War
.
Posted by SpookyOne No comments: 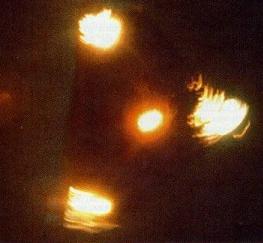 This image was captured during the 1990 Belgium wave of sightings.

Technological Civilisation in Our Own Galaxy - The Drake Equation - with Carl Sagan, Astrophysicist:

*Since the filming of 'Cosmos' we have discovered that planets are very common in our Galaxy - thus increasing the odds of extra-terrestrial life, and technology, developing.

*The types of civilisations mentioned by Dr Kaku are very useful to consider in regard to the UFO question. Some UFO reports may indeed be manifestations of advanced technology. Kaku himself states that he personally sees no sign of any advanced civilisation. He can only make such a statement if he totally ignores the UFO data.

Are the following NASA observations evidence of Type II or III visitations to our star?: